It’s our last day in Rome and we had reserved this day for visiting Vatican & Sistine Chapel. As this is a very famous landmark, we were sure to anticipate large group of people at this place. I was not able to book the tickets online from Seattle and decided to buy it in Rome. The hotel staff also suggested buying the tickets online to avoid the delay in person. The tickets cost 38 Euro for 2 persons that include admission to Vatican and Sistine Chapel and you can choose the time slot to visit these 2 places. The first available time slot on Monday August 2nd was at 12.30 PM.

We finished the breakfast at our hotel and finished the check-out process. They had the baggage drop option and we left all of our bags at the hotel and took the bus to the St.Peter’s Square.

Saint Peter’s Basilica has the largest interior of any Christian church in the world. Saint Peter’s is regarded as one of the holiest Catholic sites. It has been described as “holding a unique position in the Christian world and as the greatest of all churches of Christians. The basilica is the burial site of Saint Peter, who was one of the twelve apostles of Jesus and, according to tradition, the first Bishop of Rome. St. Peter’s is famous as a place of pilgrimage, for its historical associations and with numerous artists, most significantly Michelangelo. As a work of architecture, it is regarded as the greatest building of its age. 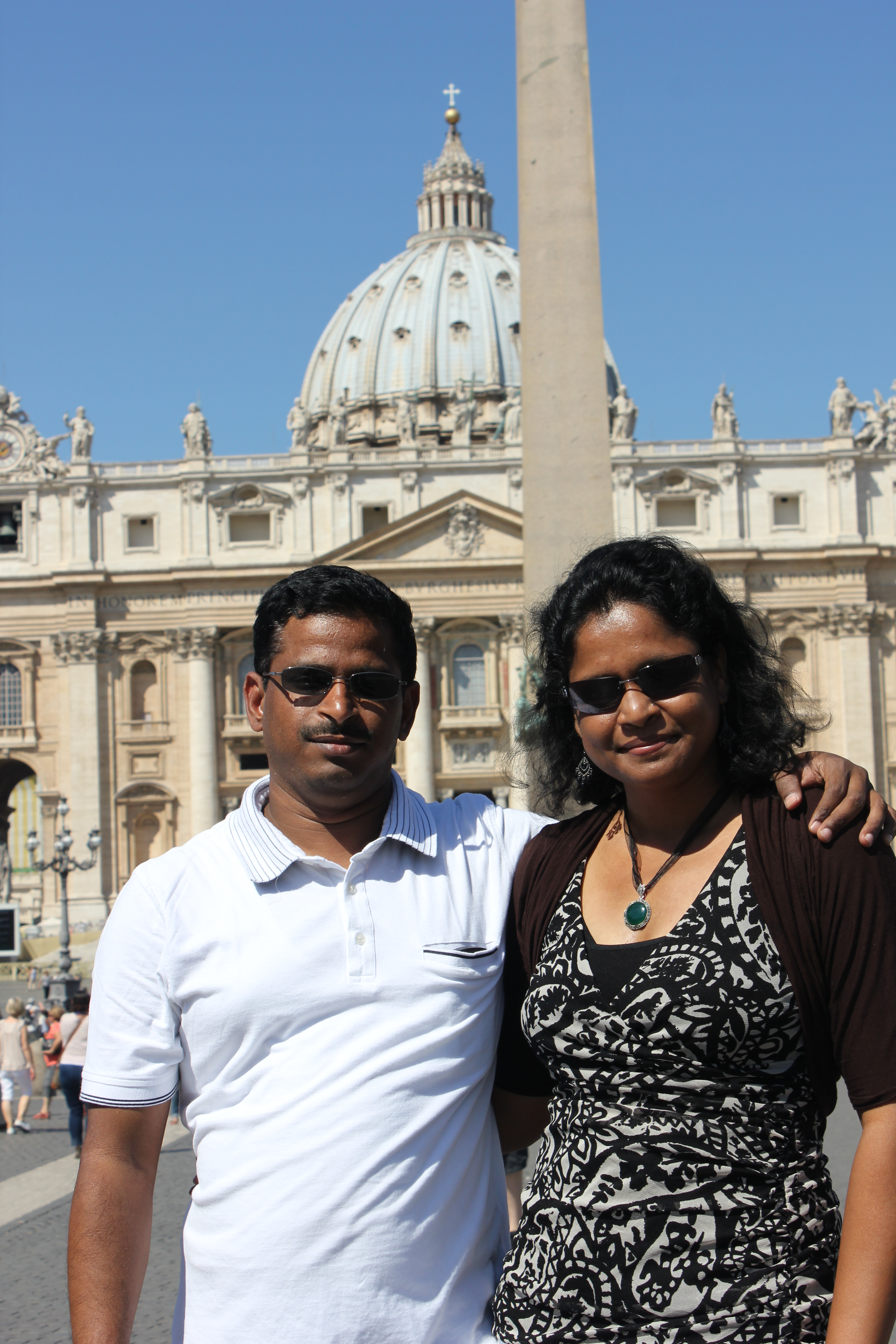 Vatican Museum – The Vatican Museums in Rome that is inside the Vatican City, is one among the greatest museums in the world. The works in this museum have an immense collection from many different centuries that has classical sculptures and excellent master pieces of art in the world. Pope Julius II founded the museums in the early 16th century. The Sistine Chapel is another key attraction in this museum that was decorated by Raphael.

It’s a 10 minute walk from Saint Peter’s Square to reach the Vatican museums. You will need atleast 2-3 hours to go over both Sistine Chapel & Vatican displays. There is a lot of walk involved along with climbing stairs. When you exit the museum, you’ll have to come via Spiral Stairs that’s a delight to watch. I have a picture of the spiral stairs added to the pictures list. 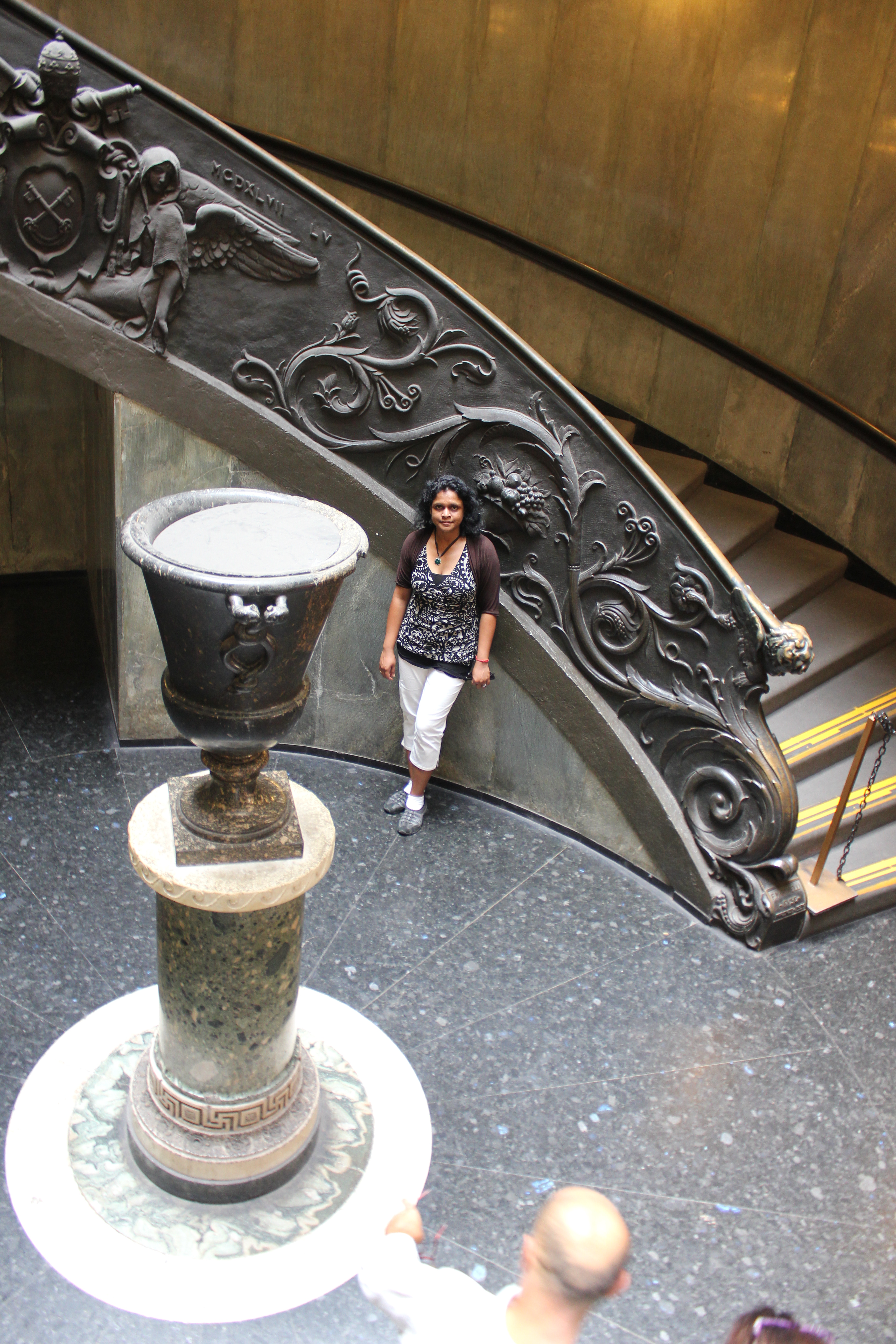 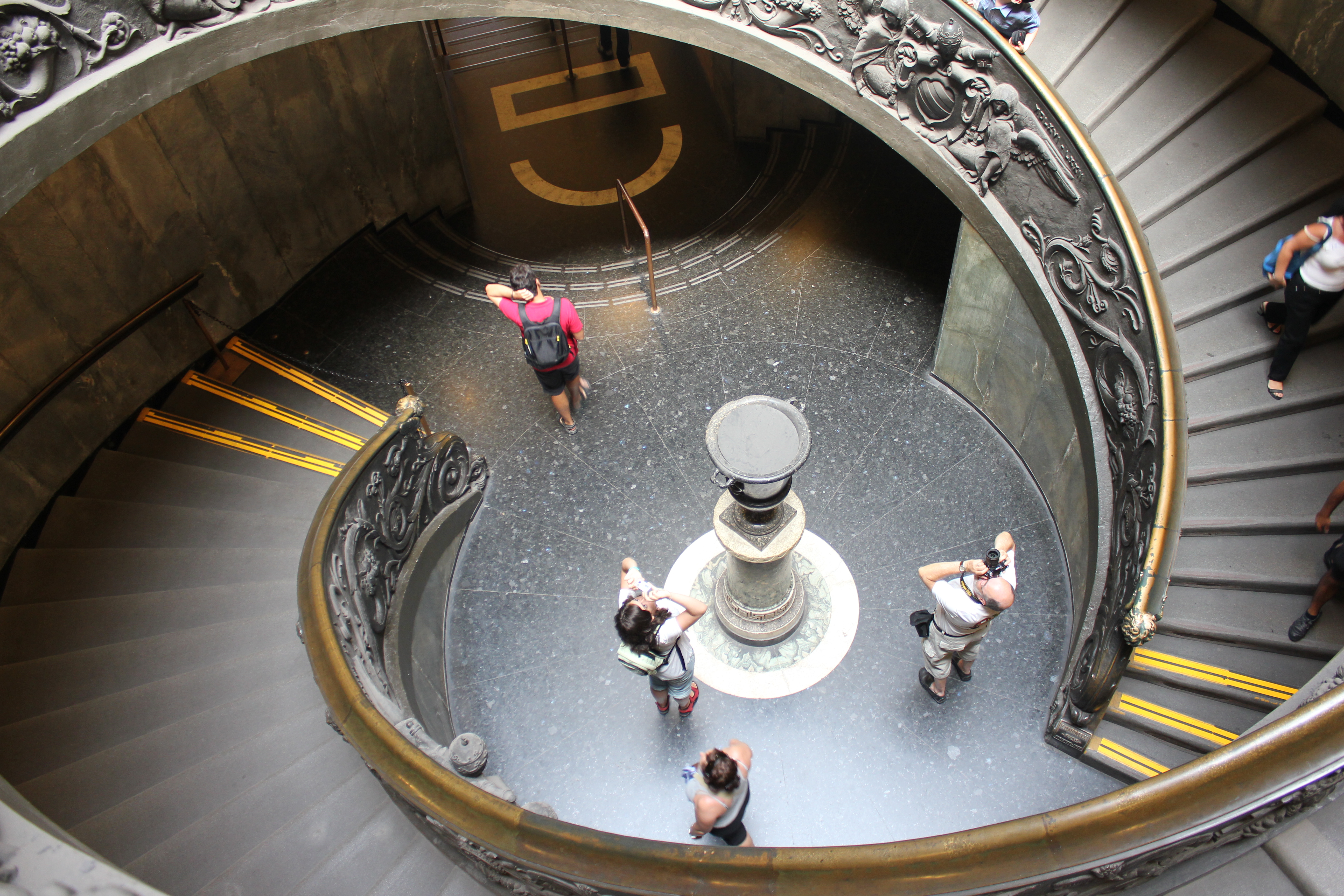 We spent the rest of the evening shopping near the Pantheon church and Trevi Fountain. The Rome Airport was outside the city and it takes like 30 – 45 minutes by fast train. We took the Leonardo express train that was exclusively for people going to Rome Airport from the Rome Termini station. As we had to take an early morning flight from Rome, we stayed very close to the Rome airport for that night.