We started the day with a very good French Breakfast – Yummy Chocolate Croissant, Butter Croissant and aromatic Coffee. The milk tasted too good that was well boiled to the right consistency and this was one of the reasons for that rich coffee taste – I’m not a great coffee fan but I fell in love with Coffee during my stay in Paris. I don’t think I’ll be able to find this quality of coffee in Starbucks in the US.

Commute in Paris is well connected by Metro & Bus. We took the Paris Visite pass that can be used across Metro & Bus. I’m really bad at directions but Mani was too good in figuring out all of the Metro connections pretty fast. The Metro usage in Paris was very helpful to visit most of the famous attractions. Except for the travel to the Hotel from Airport, we travelled via Metro to all of the places. We had trains available less than 5 min to most places

We stayed at the Holiday Inn that was very close to the Metro. It was ~ 7-8 minutes’ walk and our everyday commute started from Vaugirard Station.


Versailles is outside of Paris and it takes like hour long duration to reach the Palace. We reached around Noon time and McDonalds was right outside the Metro Station. We had a quick lunch at the McDonalds and reached the palace entry point. Oh boy! – The line to enter the palace was so long with almost 200+ people waiting. Since we purchased the museum & monument pass in advance, I was so happy that we can skip the line. The person at the gate said that there are no exceptions for this monument entrance and we need to join rest of the folks standing in line :-).

Versailles was the royal residence of France for little more than a century (from 1682 until 1789) when the French Revolution began. Louis XIII built a hunting lodge at the village of Versailles outside of Paris in 1624. The small structure became the base on which was constructed one of the most costly and extravagant buildings in the world 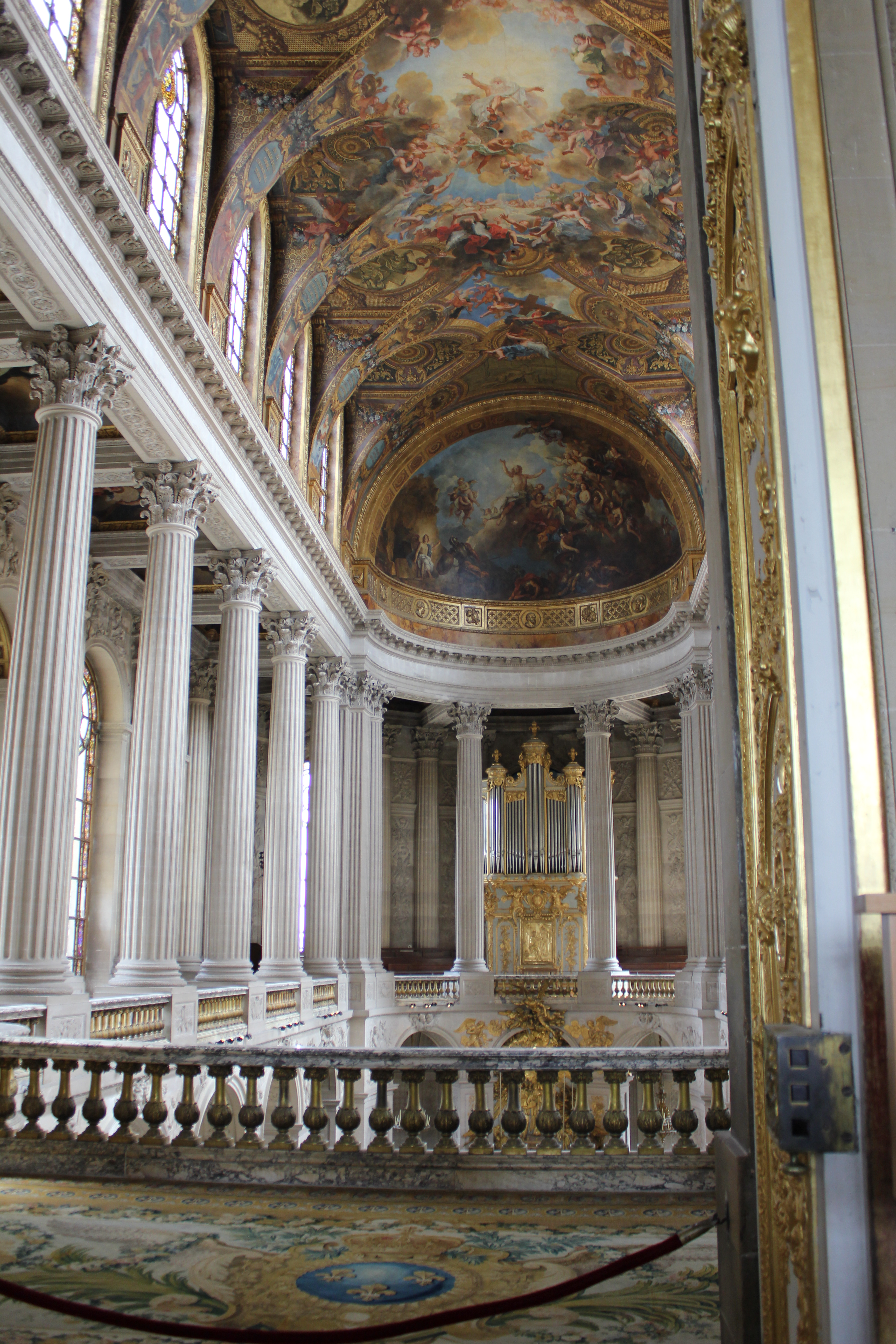 It became the palace of Louis XIV, also known as the “Sun King”. In French it is the Château de Versailles. When the château was built, Versailles was a country village; today, however, it is a suburb of Paris, 20 kilometers southwest of the French capital. The court of Versailles was the Centre of political power in France from 1682, when Louis XIV moved from Paris, until the royal family was forced to return to the capital in October 1789 after the beginning of the French Revolution.

The Park of Versailles spreads over more than 800 hectares and it is completely fenced. Other than the palace itself, it encloses several famous sites that add to the renown of Versailles: the Grand Canal, the French gardens, the fountains etc.

This huge park with its gardens, caves and fountains should not be missed while visiting Versailles. It was set up from 1661 to 1700 by the master gardener Le Nôtre. The Park of Versailles is considered as the model of French gardens. It is adorned with statues of marble, bronze, or lead, fountains in play and the myth of Apollo is a reference. There are more than 30 fountains in the gardens of Versailles, the most famous are: the Neptune fountain, the Apollo fountain and the Latona fountain. 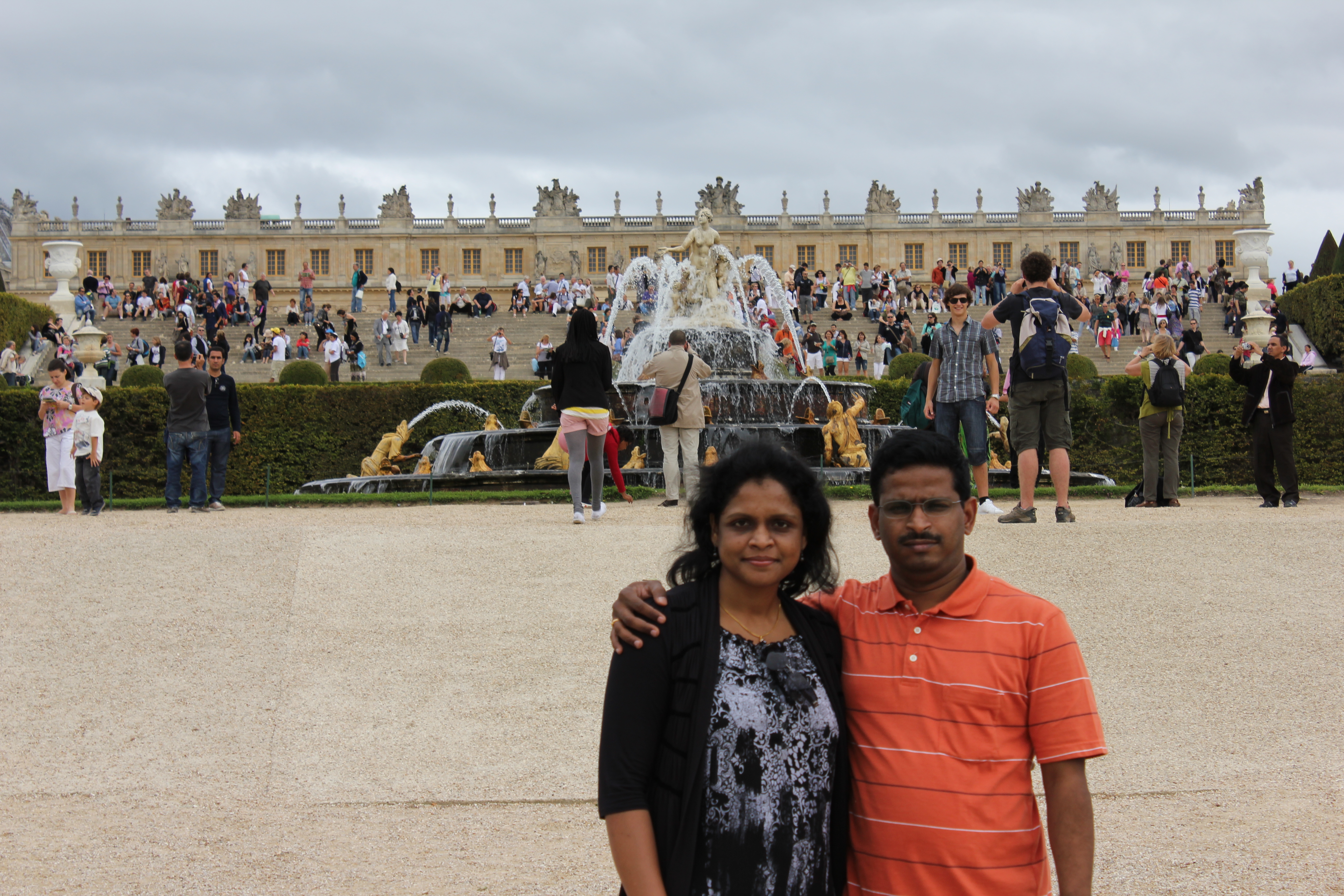 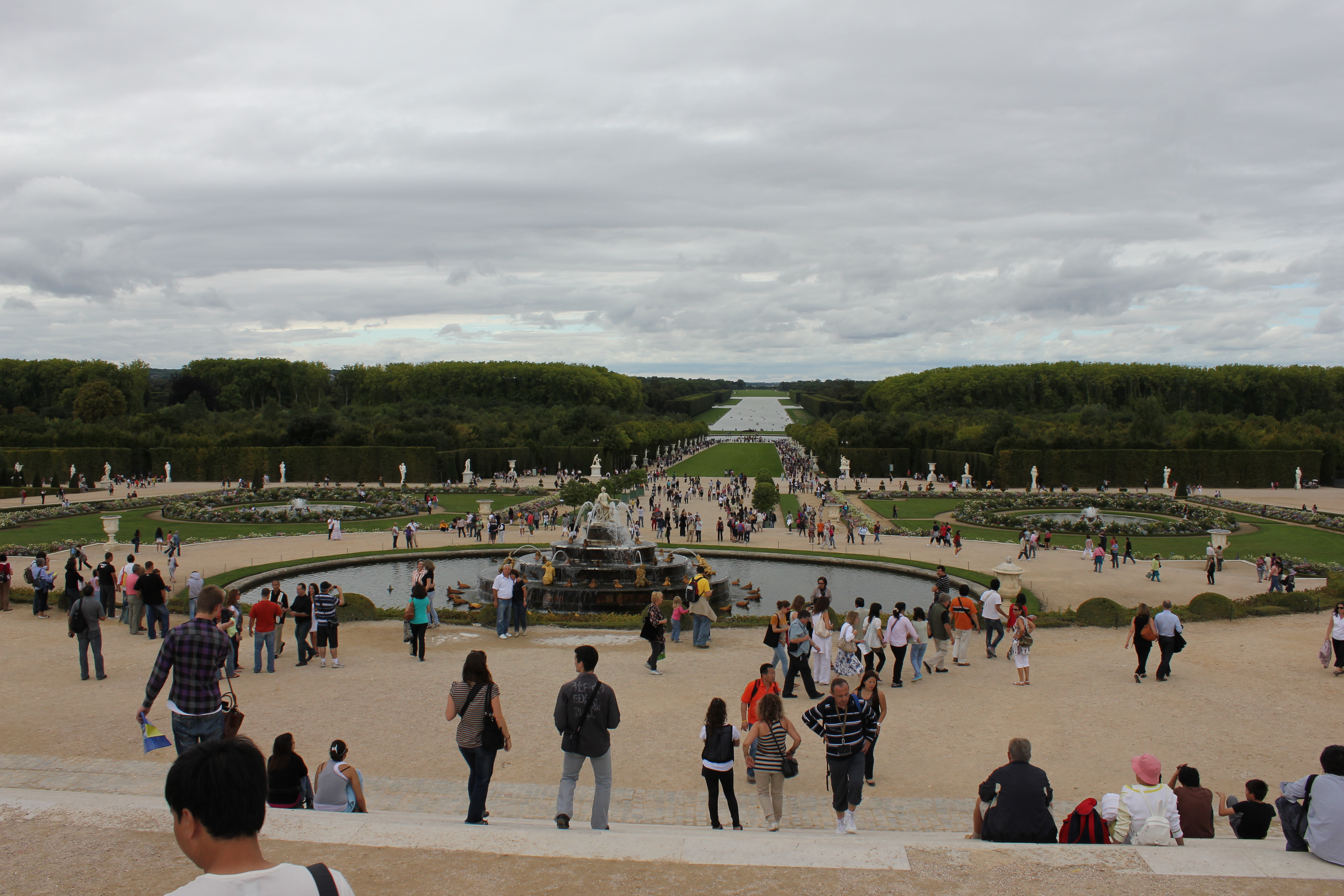 During Les Grandes Eaux Musicales de Versailles the 50 fountains contribute to the great show of water-jets. The Neptune fountain presents 150 different water effects during this show!. We spent the rest of the evening in this beautiful garden and finished the day watching the magic fountain display.

On our way back from Versailles, we got down at the Eiffel Station to visit one of the world’s most beautiful places ‘The Eiffel Tower’.

We spent the entire evening at the Eiffel tower with lot of pictures and sat down at the park right opposite the tower. The crowd was so huge as usual and long waiting lines. The tower is amazing to watch both at day and night time. We decided to stay and watch the tower at night time – found a place near the Eiffel tower for dinner. At around close to 9 PM, the tower was all lit up with beautiful lights and you never get tired to click as many pictures of the tower 🙂

If you are planning to visit Paris, below information would help your trip plan easier :-

This pass gives access to 60 museums & monuments in Paris but you might not be able to cover all of them – All major attractions are covered in this pass. We purchased in Expedia and some of the attractions allowed us to skip the line and direct entrance access.
http://www.expedia.com/pub/agent.dll/qscr=tsdt/locn=Paris+(and+vicinity),+France/loid=179898/ofid=6448/stat=5/flgc=0/wtid=28

Book a hotel that is closer to Metro station – This helps a lot especially for people dependent on Metro for their commute. It’s faster, efficient and you save a lot of time.